3D printing is reshaping whole industries. And it’s rapidly becoming a top tool for individuals, companies, and anyone looking to boost their business’ bottom line.

In fact, 3D printing is expected to turn into a $7 billion industry in the next five years.

But what is a 3D printer, and what’s the fuss all about? We’ve broken down the 3D printing process and laid out how 3D printing is changing the world.

And we’ve picked out five awesome things you might not know about 3D printing.

What is a 3D Printer?

These machines have a tough rep for being complex, and that leaves a lot of people asking a simple question: “What is a 3D printer?”

Simply put, these are machines that take a digital file and turn it into a physical, three-dimensional object.

They act a bit like a mini construction team in one single device. They are able to take digital instructions, build products, and spit them out. Like traditional printers, they take a digital command and turn it into something we can touch.

But, despite the name, 3D printers don’t always look like traditional printers. They come in drastically different shapes and sizes. Some mini 3D printers are as small as 5 square inches, and others are big enough to pour concrete for houses.

How Does 3D Printing Work?

The 3D printing process can seem mind-boggling to some. But what 3D printing does is take digital commands and use them to build objects piece by piece.

The 3D printing process is sometimes called, “additive manufacturing.” That’s because it creates different parts of the object and layers them onto one another. These slices quickly add up to make a full product.

And 3D printing strays from from the traditional printing name in its construction abilities. Instead of using just paper and ink, 3D printers use a range of materials.

Those can be everything from plastics and wax to titanium and special fast-drying concrete.

How 3D Printing is Changing the World

As 3D printers become more affordable, people are able to make more things on their own. This has the potential to drastically change manufacturing. And it could pull down manufacturing costs.

In New York, a group called Shapeways recently raised more than $5 million to create an open 3D printing facility. This could be a big advantage for entrepreneurs.

Groups like these make it possible for anyone with an idea to create products.

3D printing is also making big waves in industries like construction. Last year, a family moved into a 3D printed home for the first time ever.

This type of automation could drastically cut the labor costs of construction. And it could open up new, more flexible design options. It could also make it possible to build houses rapidly and with less material waste.

And 3D printing is becoming a game-changer in fields like healthcare, aerospace, and the car industry.

Here are five things about the 3D printing process you might not know:

It might not be the typical field a person associates with 3D printing, but the printing process is changing health in big ways.

The 3D printing process can cut out a third-party manufacturer. That means people are getting more access to things like prosthetics.

Prosthetic limbs can be printed using flexible materials like silicon.

But 3D printing is using much more complex materials to open new doors in medicine.

Some scientists are using human cells to create things like human organs through 3D printing.

They are printing temporary molds for human parts, like a bladder or skin, and letting cells multiply into full organs. They are already using these body parts in transplants.

Scientists are also working on printing out full, critical organs like kidneys.

And because organs could be made with a patient’s own cells, the rate of rejected organs could fall drastically.

Some groups are using 3D printing to change the way humans use their senses.

One group in Japan recently connected voice software to a 3D printer for children who have visual impairments. The kids can say the name of an object, and the printer will use the voice command to build a model of it.

This is letting kids who can’t see something big, like a giraffe, hold one in their hands. And it allows them to get a hands-on understanding of the object.

3. It Can Be Used on Heavy-Duty Objects

3D printers made to process specialized materials, like these printers, are spitting out parts durable enough for flight. Some of these parts use aluminum alloys and can withstand extreme temperatures.

And the same goes for car parts. Groups like General Motors are already using 3D printers to create parts for vehicles. This could cut costs, boost production, and reduce injuries.

The 3D printing process makes it possible for people to create almost anything on their own. And that means people are now printing out guns.

In the past, guns were generally viewed as too complex to be built by most people at home.

But 3D printers are able to take a digital blueprint and make a fully-functioning weapon.

In the past, a home repair or missing item usually meant getting ready and traveling to the hardware store. But 3D printing is letting people create simple objects in their homes.

This might be something like a shower head, bottle opener, or even a juicer. More and more, people are buying 3D printers, learning how to use a 3D printer, and making the things they need in-house.

What is a 3D printer and what can it do? These five awesome trends in 3D printing are changing the way we answer those questions. And there are tons of other ways technology is changing the way people do business.

Want to learn more? Check out our business section here for the latest news, tips, and trends. 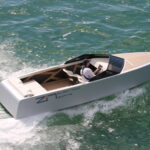 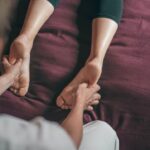 Nothing is more important than prioritizing … END_OF_DOCUMENT_TOKEN_TO_BE_REPLACED