In the age of the internet, we don’t think anyone had their income levels speculated on more than the Swedish king of Youtube PewDiePie. Is it our business at the end of the day? No! Do we still need to know? Yes!

Taking the help of the Youtube analytics tool, we observe 70,000 people are searching for this very question every day, at the time of writing.

In this post, we would be giving an honest perspective on the business model PewDiePie merchandise hoodies runs and how much revenue this could be generating?

To estimate how much PewDiePie really makes we must first look at the different streams of income he has. We estimate the earning he generates in each of these and add them together to get the total.

The first thing is the AdSense which is the amount of money paid for views on his videos. To generate an estimate we need two things – How much views PewDiePie gets in a month and his CPM which is the amount he is paid by Google for thousand views after they take their slice.

Using Tubebuddy, we observed that over the last 90 days PewDiePie has received 1.6 billion views which would give him average views per month for that period of 533 million. The CPM is going to be hard to nail down but we feel like giving an accurate estimate. We predict that PewDiePie CPM would average out somewhere in the 2.00 – 4.00 USD range.

Based on this calculation, the PewDiePie is making nearky $1.6 million from ads alone.

PewDiePie’s next revenue stream is merchandise. He has two lines of merchandise – one with the collab with his wife’s the Tsuki collection and the other which is sold through represant.com.

We all know PewDiePie’s clothes sell so well because they go beyond typical Youtube merchandise. He has adopted more of a traditional clothing line appraoch especially with Tsuki. You’re not buying because of who is selling it. They are high quality and fashionable clothes.

With a help of tool called Sellfy.com, they uses daya from several thousand YouTubers who use e-commerce products to sell products on Youtube. Using this tool we estimated that PewDiePie makes $2.75 million in revenue from his merchandise each month.

This may seem like an insane amount but the truth is most big YouTubers make more of their products than they do more Adsense. Merchandise is also more of a secure way of generating income for Youtubers as it protects them from the demonetisation of ad revenue.

PewDiePie’s third and the final source of his income from live streaming games that he makes through affiliate marketing and brand deals. This is probably the hardest source of income to estimate.

PewDiePie lifestyle does regular brand deals with huge companies such as G-Fuel, North VPN, and the streaming platform D-live. He typically received a fee at an affiliate link which will generate him money passively.

Judging by how much money we have seen offered to other YouTubers for similar brand deals, they are worth over a 100,000 USD each for PewDiePie.

He also has the affiliate links in the description of all his videos where he links his gear and other products. When someone clicks on this, if they buy anything at all, PewDiePie gets a commission.

Our estimate says that PewDiePie makes around $500,000 a month through this income stream.

How much does PewDiePie make after combining everything?

And now for the moment of truth, adding these three income streams together, we get a monthly total of $4.85 million which would give PewDiePie an estimated yearly income of $58.2 million before taxes and other expenses.

Do you think PewDiePie deserves this level of income? Let us know in the comment section below. 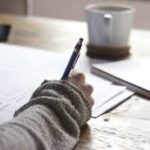 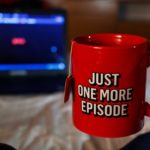 Roger Wolfson is one of the greatest TV writers of … END_OF_DOCUMENT_TOKEN_TO_BE_REPLACED