When Salt Lake City-based Alsco works with a new client to implement a uniform rental program, one of the things they try to do is put themselves in the shoes of the general public. How will the client’s customers view the new uniforms? More importantly, what will they actually see?

It is easy to focus on things like color schemes and company logos when designing new uniforms. It’s easy to focus so much on branding that subtle messaging is overlooked. Unfortunately, uniforms can send messages that are completely unintended but nevertheless damaging. To illustrate the point, let us look at two recent news stories. Both are extreme examples chosen because they reveal just how wrong things can go when people are not paying attention.

The first story comes out of Spain and a fashion house known as Loewe. The company recently released a brand-new outfit for its commercial product line featuring a pair of slacks and accompanying jacket. The style and cut would have been fine had the company chosen a different color scheme. Unfortunately, they chose white with black stripes – and a black pocket on the left breast.

Astute observers quickly realized the outfit closely resembled German prisoner uniforms worn during World War II. They let the company know in no uncertain terms that the outfit was wildly inappropriate. To their credit, Loewe apologized and pulled it from the commercial line.

The company assured its customer base that they had no intention of upsetting people or evoking memories of one of the most devastating events in modern history. Unfortunately, Loewe has done this before. They released a striped T-shirt with a gold star in 2014. That T-shirt evoked images of concentration camp uniforms bearing yellow stars of David.

Our second story comes out of Germany compliments of the German Defense Ministry. According to CNN, the Ministry created an Instagram post intended to highlight past uniform styles as examples of retro fashion. They sent members of their editorial team to a Dresden military history museum to gather information and pictures.

One of the pictures depicted a prop uniform from the 2008 film Valkyrie. It was a Nazi uniform, featuring three highly visible swastikas and other identifying marks. To its credit, the Defense Ministry realized the mistake quickly after the post was published. They took it down and sincerely apologized.

Not Thinking Things Through

We give the people involved in both stories the benefit of the doubt by assuming that their choices were made in ignorance. Either they were ignorant of history, they didn’t think things through, or a combination of both. At any rate, what they saw in the clothing was much different than what the general public saw.

While the two examples might be extreme, the principle remains the same. This is why Alsco takes so much time to think things through. Alsco thinks things through because they understand that the general public might see things a client is overlooking.

For example, think about hospital uniforms. Did you know that patients actually have more confidence in their doctors when they see them wearing white lab coats? It’s true. A peer-reviewed study conducted in 2015 and 2016 confirmed what some clinicians have known for decades.

As human beings, we all see things differently. No two people see the same image in exactly the same way. Knowing that, it is critically important to try to view company uniforms from the general public’s perspective. Attempting to see what they see reduces the risk of a uniform faux pas and the negative reaction it generates. 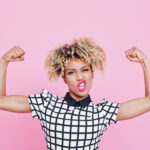 Some believe confidence is something you’re born … END_OF_DOCUMENT_TOKEN_TO_BE_REPLACED 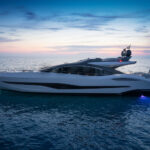 Following its debut at the Cannes Yachting … END_OF_DOCUMENT_TOKEN_TO_BE_REPLACED