Tea has a long and complex history, dating back thousands of years. The first recorded mention of tea comes from China, which was used as a medicinal drink. Tea quickly became popular in China, and by the Tang Dynasty (618-907 AD), it had become the country’s most popular drink.

In the 8th century, tea began to spread to other parts of Asia. It was introduced to Japan in the 9th century and Korea in the 10th century. By the 12th century, tea had also reached Europe.

The popularity of tea continued to grow over the centuries, and it is now one of the most popular drinks in the world. Thanks to its many health benefits, tea is now consumed not just as a beverage but also as a medicinal drink. Here are five of the best teas in the world and their health benefits.

People make green tea from the leaves of the Camellia sinensis plant. It’s common in countries like Japan, China, and Korea. It is rich in antioxidants, which can help to protect cells from damage and reduce the risk of some chronic diseases.

Green tea has been shown to improve brain function and lower the risk of Alzheimer’s disease and Parkinson’s disease. It may also help prevent breast, ovarian, and colorectal cancer.

In addition to its many health benefits, green tea is also a good source of caffeine. Caffeine can improve brain function, mental alertness, and memory.

Unlike other teas on this list, green tea can be pretty picky if you want to extract all the vitamins and necessary minerals. However, by preparing it right, you can ensure you can get the best out of your green tea. Start by getting an electric gooseneck kettle temperature control. By getting this equipment, you can slowly brew your green tea. You should also adjust the temperature to around 175-185 degrees Fahrenheit. Doing this will help preserve the antioxidants in your green tea. Through this, you can prepare the perfect green tea. Black tea is made from the leaves of the Camellia sinensis plant. It’s most common in China. Unlike green tea, black tea is oxidized, which gives it its dark color.

Black tea is rich in antioxidants and has improved heart health. It may also help to lower blood pressure and cholesterol levels. Black tea may also reduce the risk of stroke. In addition, black tea contains caffeine, which improves brain function and overall alertness.

Brewing black tea is a lot simpler than green tea. Start by boiling water and then pour it over your teabag or leaves. Allow the tea to steep for 3-5 minutes before removing the leaves or bag.

Chamomile (Matricaria chamomilla) is an aromatic flower that people continued to cultivate for centuries for its medicinal and culinary properties. The Egyptians were some of the first to cultivate chamomile, and they used it as a healing herb and perfume. The Greeks and Romans also prized this versatile herb to treat various ailments, including asthma, insomnia, and indigestion.

Chamomile tea is one of the most popular ways to enjoy this herb’s healing properties. The tea has a sweet, apple-like flavor and is naturally caffeine-free. Chamomile is effective in treating various conditions such as anxiety, PMS symptoms, and stomach problems. It can also help promote restful sleep. The tea is also common in Egypt, Israel, India, and the United Kingdom.

Ginger (Zingiber officinale) is a popular spice that has been used for centuries in Asian cooking. Ginger is also a well-known remedy for nausea and upset stomach.

Ginger tea is made by steeping fresh ginger root or ground ginger in hot water. The resulting tea has a warm, spicy flavor and can be enjoyed with or without sweeteners like honey.

Ginger tea has many health benefits, including relieving nausea, reducing inflammation, and boosting immunity. It may also help control and regulate your body’s blood sugar levels.

Peppermint (Mentha piperita) is a hybrid of watermint and spearmint that has been used for centuries as a culinary herb and natural remedy.

Peppermint tea is made by steeping fresh peppermint leaves in hot water. The resulting tea has a refreshing, minty flavor, and people can enjoy it with or without sweeteners like honey.

Tea is one of the oldest beverages in the world and has been enjoyed for centuries for its medicinal and culinary properties. Each type of tea has unique health benefits that can improve your overall well-being. Drinking tea daily can ensure you get the most out of these health benefits.

We live in a society where how we dress, what we … END_OF_DOCUMENT_TOKEN_TO_BE_REPLACED 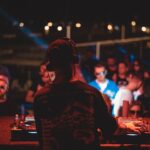 Whilst the global pandemic isn't over yet (cases … END_OF_DOCUMENT_TOKEN_TO_BE_REPLACED