It would be fair to say that this year is different to most in the way of summer holidays and for some parents, most of the next few months might be viewed as that.

However, looking at this from an evergreen perspective, let’s analyze under “usual circumstances”. When summer arrives, parents are often inundated with concerns about what to do with their little ones. In fact, it doesn’t even have to be during summer, any prolonged holidays away from school can prompt worries about how to plan days. If you happen to be based in London, this task becomes somewhat easier. Today’s post is all about showing ideas on how to handle this downtime with your little ones and make the most of the time off in the capital.

It can be as simple as a bus

One of the great things about little people is that it can all boil down to something that is utterly simple. This is the case with this first suggestion, with the classic Routemaster being the definition of huge excitement for some kids. Particularly if you grab something like the No11, you’ll find yourselves going past Westminster, St Paul’s and the Houses of Parliament – which can be something of a mini-tourism route!

By a similar token, instead of simply riding past these historic sites, considering stopping by some of them as well. Of course, there are umpteen across the capital, but if we were to pick a specific example it would be around Covent Garden. Not only do you have the wealth of cafes and shops which can prove entertaining for kids (particularly the former), but there are historical tours, former filmsets and more that can comfortably prove entertaining for a dive back through the times.

It can be as simple as green space

For a lot of people, London is the definition of skyscrapers and modern developments. However, look within, and umpteen parks are unleashed. It might be Wimbledon Common, Brockwell Park or even something a little less well-known such as Coram’s Fields. All of these are free to enter, have some of the best playgrounds around and are great for little ones to let off some steam.

If you are in the midst of the longer summer holidays, consider creating a schedule where you visit one of these parks per day. You can combine it with the public transport system, and create a real adventure where children start to learn more about how London ticks and even the geography of it.

A trip to the theatre

If we return to our suggestion of Covent Garden, a trip to the theatre can form another itinerary for a day. There is even a week of special performances for kids to be found throughout the month of August.

Granted, other theatres are available, but in terms of bringing together the very best of theatrics in a picturesque setting, Covent Garden tops the list. It might be The Lion King at the Lyceum, or Matilda the Musical at the Cambridge Theatre, but there is a wealth of options for little eyes. 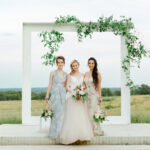 Getting engaged is an exciting milestone in your … END_OF_DOCUMENT_TOKEN_TO_BE_REPLACED 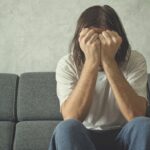 Connect with others online through video chat and … END_OF_DOCUMENT_TOKEN_TO_BE_REPLACED