After leaving the Grand Canyon, the next stop of the Tour of Trek America’s “Western Wonder”. That will be Las Vegas. The truth is that I didn’t expect much from this city and maybe for that reason I was surprised.

How to get around Las Vegas

Unlike Los Angeles, it’s very easy to get around the city. Almost everything you can visit is on the main road called The Strip. Then there is the Downtown neighborhood, where we will live, which is at the end of the main artery. For around $ 8 you can buy a “Transit Pass” card that allows you to go up and down as much as you need on a bus that operates every 14-20 minutes 24 hours a day (SDX – The Strip & Downtown Express).

On the other hand, you should know that you can enter all of The Strip’s casino hotels even if you don’t live in them and that most of them are communicated by a small free train (so you don’t have to walk outside like it’s so hot to be Las Vegas in the desert). There are also walkways along the road, which allow you to cross easily from one side to the other.

What to see in Las Vegas: My essence

Contrary to what looked like the two nights we spent in Las Vegas, they flew with me. Even though you are not interested in getting married or playing in a casino, this city is an authentic amusement park that will amaze you every time.

The walk in Downtown is the historic center of the city, where everything was born in 1930 when it was decided to legalize gambling in the state of Nevada. With the sightseeing I made, we lived on Fremont Street and it was a pretty experience at night.

Bellagio and the Emperor’s Palace

Who doesn’t know the two most famous casinos in the world? Don’t forget to go to Bellagio, because at night it offers the most impressive water and light shows in a spectacular environment. As for the interior of this 4 diamond hotel, just like Caesar’s Palace, everything is glamorous and elegant. There are many spacious halls with fresh flowers that are reminiscent of the Garden of Eden. Both of them were impressed with their luxury. If you’re a fan of chef Gordon Ramsay, be sure to visit the last restaurant, Hell’s Kitchen.

Don’t stop playing something at the casino!

If you don’t dare to sit on one of the big table games, don’t stop at least playing slots. Most games are worth $ 0.25 and that is still fun. In all casinos, you will find a machine to change bills in coins. To turn money into chips, you have to go to the counter. But if you don’t like crowds while playing, you should try www.onlinecasinodeutschland.com.de.

Enjoy one of the thousands of shows in the city

There are many free shows in different casinos but if you want to see Le Cirque du Soleil, Celine Dion, Britney Spears, etc. In Las Vegas, you will find shows for all tastes … And for all budgets! Visit one of Tix4tonight’s points of sale and, as on Broadway, if you aren’t open to possibilities, you can buy tickets with discounts up to 50% for a show. We paid only $ 50 for a free buffet dinner and a Michael Jackson show at the Stratosphere. No need to damage Las Vegas! 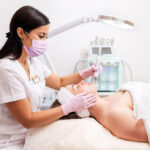 Cosmetology is a wide-ranging and lucrative … END_OF_DOCUMENT_TOKEN_TO_BE_REPLACED

There's something about varsity jackets that give … END_OF_DOCUMENT_TOKEN_TO_BE_REPLACED