Dengue is a dangerous disease that usually affects people from the Western Pacific, Americas, and Southeast Asia. At least 40% of the human population is at risk of getting infected every year, and at least 25,000 people die. The worst part is that Dengue doesn’t have a particular cure. Only the symptoms can be treated, and often, they are fatal. Let’s get to know Dengue a little bit more.

The History of Dengue

Dengue is caused by a bite from an infected Aedes species mosquito. The Dengue virus was first isolated by Japanese researchers and doctors in 1943, during a dengue epidemic in Nagasaki, Japan. However, the earliest records of the disease were made in a medical encyclopedia from China, dating back to 992 BC. Initially, Dengue affected monkeys before being transmitted to humans about 800 years ago.

Dengue was first introduced to the Americas in the early 1600s, spanning several decades until 1946. From then on, the disease has spread and peaked several times in various countries in the region.

Symptoms of the disease can be mild or severe. They can manifest within 5-7 days of incubation. The first and most common is fever accompanied by body pains, rash, nausea, and vomiting.

Dengue has 3 phases, and the first one is called the Febrile Phase. Here, the patient can experience pains and aches in the head, eyes, muscles, joints, and bones. They will also often show up with a rash and bleeding gums.

It would be best if you watched out for persistent vomiting, terrible pains in the abdomen, lethargy, and liver enlargement. The next phase is the Critical Phase, which begins within the first 24-48 hours where symptoms show. In this phase, early signs of shock may appear. Blood pressures can severely decline, resulting in irreversible death and shock.

Finally, the patient goes through the Convalescent Phase, where his body begins to absorb intravenous fluids that are extravasated, as well as abdominal and pleural effusions. In this stage, the body slowly recovers and stabilizes. And people may develop a rash over their body.

The saddest thing about Dengue is that there is no specific cure. However, there is something you can do—or maybe try—to treat the symptoms. For example, you can treat body aches with pain relievers. You can also take paracetamol and other medicines to help with fever.

Unfortunately, antibiotics and antivirals won’t work on Dengue. Instead, you can make sure that you or your loved one suffering from Dengue is well hydrated. Make sure you or they regularly have water or juice in their system.

Good rest is recommended, and don’t forget to eat your meals with many fruits and vegetables. In many cases, you may have to consult a doctor. For example, it’s best to head to the hospital if the fever doesn’t go down or persistent vomiting. Watch out if you or the patient is bleeding, especially where the stool has blood. It’s important to remember that severe Dengue is fatal.

How to Prevent Dengue

It’s better and easier to prevent Dengue than to cure Dengue. That’s why it’s prudent to keep mosquitos off the property. You can do this in many ways, but the easiest mosquito control practice is to dispose of any standing water.

Standing water provides a conducive breeding place for mosquitos. So watch out for standing water in any containers, particularly in spaces in your yard. Don’t let water from faucets or rains collect in pales, drums, pots, basically anything that can store water.

Clean your house and your yard regularly. Garbage, dust, dirt, and anything that causes clutter to your home is an open invitation for mosquitos. They like dark and dirty places because they offer safe areas to breed and lay their eggs. In addition, garbage and other cluttering materials can attract other insects, too.

Keep mosquitos away by using repellants, artificial or natural. You can also use chemicals that attract and trap insects. Another way is to plant natural mosquito repellant flowers and plants.

For example, you can plant lavenders, marigolds, and citronella grass around your house. Lavenders are extremely popular because not only do they keep mosquitoes away, they’re also gorgeous and smell great. Lavender helps soothe the mind. Other plants you might think of planting are catnip, rosemary, and basil.

Sleep within a net, and use mosquito killers. Unfortunately, most mosquito killers can cause respiratory problems. That’s why when you use one, stay outside of the room for at least 15-30 minutes.

Dengue is a dangerous disease that doesn’t have a cure. In many cases, it can be fatal and can cause death. It’s been around for centuries, and it’s better to prevent it than to cure it. Keep mosquitos away to keep you and your family healthy. 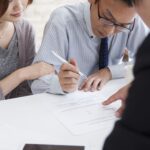 What's life without a home to call your own? … END_OF_DOCUMENT_TOKEN_TO_BE_REPLACED 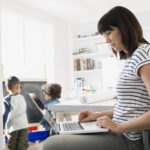