The Cleveland Browns Senior Personnel Executive, Ryan Grigson served the Indianapolis Colts as the General Manager from 2012 to 2016. Ryan was born on 23rd February 1972 in the locality of Highland in Indiana. He was the child of Juanita and Jeff Grigson, went to Our Lady of Grace Catholic School and finished his higher education at Highland Senior High. He was a football player in high school but his college injury refrained him from playing football for a year. He returned back in 1993 and showcased his footballing skills.

In 1995, Ryan was drafted to be in the Cincinnati Bengals in the 6th round and was bound under a contract – but was released in the final cuts. He was then signed by the rival team Detroit Lions and played the NFL 1995 season with that team. He was released from the Detroit Lions team in 1996 and then went on to play for Toronto Argonauts in 1997. But following that year Ryan got a major injury, which never allowed him to play again, thus, retiring very early.

In 1998 after his retirement, he started as pro Scout for Saskatchewan Roughriders and served as assistant coach for McPherson College. Ryan had been part of St Louis Rams as the national scout in NFL in the year 1999. He then joined Philadelphia Eagles in 2004 as the Western Regional Scout. After serving for two years as Western Regional Scout, Ryan was promoted to be the Director of College Scouting and then as Director of Player Personnel in the year 2010.

In the year 2012, Ryan was signed by Indianapolis Colts as the General Manager and this helped their team to improve and win several matches. Because of his guidance and mentorship, the team played really well and he went on to win Executive of the year award and Mental Toughness Award. The Colts under Ryan’s mentorship even made an NFL record of having a longest winning streak against any division after having their 16th consecutive win over the AFC South opponent. In 2016, Colts announced the contract renewal of Ryan with them till 2019.

But due to not able to pick good drafts and other concerns, in the year 2017, Ryan was released from Indianapolis Colts. He was then signed with Cleveland Browns as their Senior Personnel Executive. He replaced Lake Dawson who joined Buffalo bills serving as the assistant director of college scouting.

Ryan is a happily married man to his beloved wife Cynthia. They were college sweethearts and met while studying at Pardue University. After dating for several years, they finally got hitched in 2001 and are blessed with 6 children. Ryan is a firm believer in Catholic. He loves all his children and love to spend time with his family. After his father’s death, he understood the responsibilities of a father and wants to imbibe good things in his children too, which his father did.

Ryan was a great footballer but due to his career-ending injury, he had to retire. His executive and manager career has several ups and downs but still, he managed to provide wins in whichever teams he had been attached to.

You don’t have to get an expensive bouquet of red roses or a heart-shaped box of chocolates to show your affection to your loved ones. Instead of shelling out money for these expected presents, you should use your creative skills to put together adorable gifts — all you will need are some craft supplies, some time and lots of yarn. This crocheting craft is easy to do and only requires colourful yarn, stuffing and two black beads for little eyes. The website Yarnspirations will have the love bug pattern available, along with other fun crochet patterns to use for projects in the future. The website will also have most of the supplies that you need to complete the craft—you can get high quality yarn delivered to you within days after browsing through the amazing selection.

A bouquet of these flowers will be even better than red or pink roses — they won’t be as expensive as any flowers priced around Valentine’s Day and they will never wilt. Forget about temporary blooms and make a pompom bouquet instead — you will need a handful of simple supplies like yarn, scissors, twigs, ribbon and a hot glue gun. The pompoms should be made with a chunky yarn instead of a fine fiber so that they end up looking as thick and fluffy as possible. For additional details, you can paint the twigs green and add ribbon leaves to make them look like real stems.

A cup cozy is a great gift for a friend or co-worker who just can’t seem to get enough coffee in the morning. To put together your DIY cup cozy for Valentine’s Day you will need knitting needles and pink yarn—you can sew on a decorative heart made of white felt embroidered with kind messages. This practical present will make someone’s cup of coffee a little warmer and their morning a little sweeter.

This is a simple gift that will be perfect for someone who enjoys crafty activities like knitting and crocheting. All you have to do is get some spools of yarn in holiday colours like red, pink and purple, along with crochet hooks. Then tie the spools together with ribbon, slip the hooks inside and add a fun message — try some wordplay like I’m hooked on you, I yarn for you or I need-le you to be mine. This present is great for those who find themselves too busy to knit or crochet an item, but still want to share their love of crafts.

Whether you hand these Valentine’s Day gifts to your coworkers, to your friends or to your significant other, they will be appreciated for their uniqueness. While it’s always nice to receive chocolates and roses, it will be much more impressive to receive these handcrafted gifts that come from the heart.

It should come as no surprise that most of the world is glad to usher in a brand new year as in 2017 a multitude of negative events rocked the world. To discover 5 of the top news stories from 2017, simply continue reading. On the 20th of January, Donald Trump was sworn in as 45th President of the United States, an event which divided a nation. While Republic fans flocked to DC to witness Trump’s inauguration thousands of disgruntled citizens took to the streets to protest Trump’s election win. Trumps presidential win also concerned the international community, with over 2 million individuals worldwide protesting Trump’s inauguration.

On the 22nd of May, terrorists bombed an Ariana Grande concert held at the Manchester Arena. In total, 23 individuals were killed and over 500 spectators were injured as a result of the terrorist’s explosions. Amongst the fatalities of the bomber Salman Ramadan Abedi’s violent act of terrorism, there were several children who lost their lives as a result of attending Grande’s concert.

White supremacist runs over and kills a protestor

On the 12th of August, a white supremacist plowed his Dodge Challenger into a group of citizens who were protesting a public white supremacist rally which was held in Charlottesville, Virgina. As a result of the man’s act of hate, one woman ultimately lost her life and several others will seriously injured.

Further blood was shed at the Unite the Right rally with multiple brawls taking place and the police declaring a state of emergency. To add further fuel to the fire, some Unite the Right members decided to turn up to their rally wearing military-style uniforms and carrying loaded guns.

Later in the year Kim Jong-un and US President Donald Trump, waged a war of words on Twitter, a social media platform. With individuals around the world, left puzzled at the current political climate, where international leaders have taken to insulting and threatening each other on popular social media platforms.

As a result of the torrential storm which took place during Hurricane Harvey parts of Texas were flooded and 82 Texas citizens lost their lives.

If you’re always on the lookout for new music to add your smart phone’s playlists, simply continue reading to discover five of the best upcoming music releases in 2018. Which include music from up and coming talents such as Zayn Malik and Charlie Puth as well as albums from world renown artists such as Justin Timberlake and Moby. 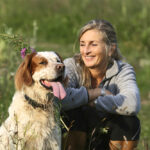 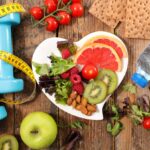 People often have many goals they want to achieve … END_OF_DOCUMENT_TOKEN_TO_BE_REPLACED